I’ve been struggling with the left headlight on my Volvo S40 being aimed straight down at the road, providing essentially no illumination while driving at night. 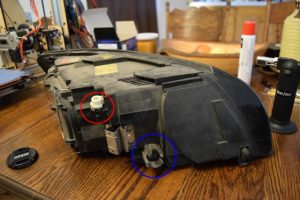 I tried to adjust the one hex key wheel adjuster I first found (circled in red), but that little white locking nut prevented adjustment. I removed the white bit and the bevel gear with the little nut, and then I could adjust the beam…left to right. Dang.

I couldn’t for the life of me figure out how the light could be so low and have no adjustment…until I pulled the other headlight and found another adjustment assembly where the nub is that is circled in blue…well crap. 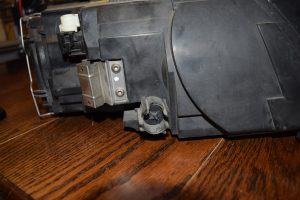 My best guess as to what the Previous owner did is this:

The driver’s side dipped xenon motor showed a fault in VIDA, which I was able to clear out and calibrate away. I’m guessing that when the light faulted, it was aimed all the way up. The PO, not having acces to VIDA or the knowledge that the lights are supposed to be adjusted in software, manually adjusted the beam all the way down to compensate, but hit the end of the manual adjustment range before he was able to get the beam into the proper location. At this point he kept twisting like a gorilla, and broke off the entire assembly. At some point the software again took control of the light and adjusted it back down, leaving the beam pointing at the road 10 feet in front of my car and leaving me [B]SOL[/B].

This morning I designed up and 3D printed this little tool to grab onto what was left of the adjuster. I got about half a turn counterclockwise until the little bits of plastic sheared off, leaving my custom adjuster tool useless, with no noticeable change in headlight position… 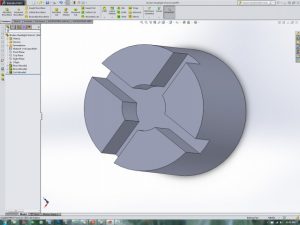 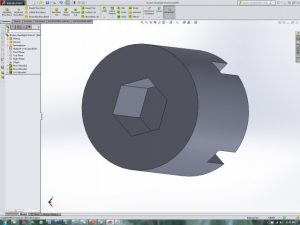 Now I was stuck again. My first thought was using the screw method, but here is what I came up with instead: a plate that has a hex key slot that I can screw on with two little plastic screws to the broken mechanism to allow adjustment. 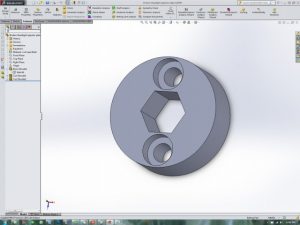 With this plate, everything will still adjust with a 6mm hex and it will look factory clean.

Several hours later I had made the prototype and it works wonderfully! I’ll walk you guys through the install of the repair plate:

1.) First, liberally apply silicone spray lubricant to the external mechanism and allow it to soak into the cracks: 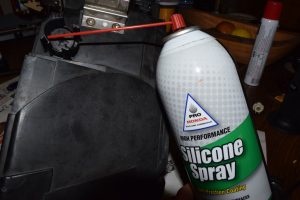 2.) Next, pop the wire retainers laterally out of their retention points and slide off the back cover the back off the headlight assembly to gain access to the internal mechanism: 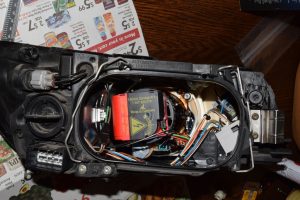 3.) Liberally lubricate the internal gears and threaded rod inside the assembly with silicone spray (circled in blue). Try to avoid spraying it into the xenon/halogen assembly and/or any servos and such. 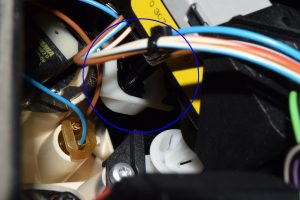 4.) Next, locate the place that the adjuster has broken away from the headlight. On mine it looked like this: 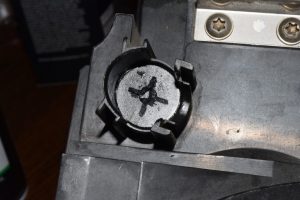 5.) Using flush cutters or similar, cut any bits of plastic down even with the plate: 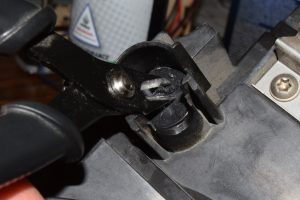 6.) Next, test fit the repair plate to make sure it sits level. If it does not, repeat step 5 as necessary: 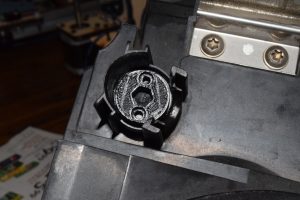 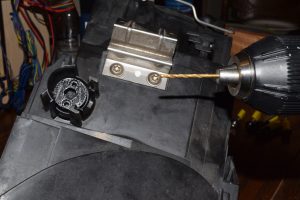 8.) Hold the plate centered as best as possible and drill the first hole: 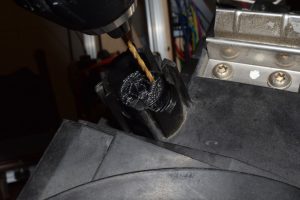 9.) Install the first screw and center the plate as well as possible. Snug the screw down and drill the second hole. Install the second screw and you’re done! Note that I installed mine slightly off center. This sets off my car-OCD a little bit, but has no effect on functionality. I’ll make the second revision slightly larger in diameter to fit more snugly in the round hole to avoid the off center issue: 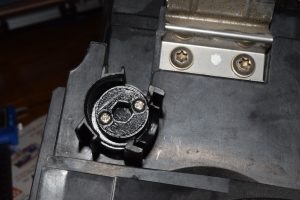 10.) Look at that nicely adjusted beam with a crisp HID cutoff!  Victory! Have a beer and curse the Volvo engineers for making everything so overly complicated. 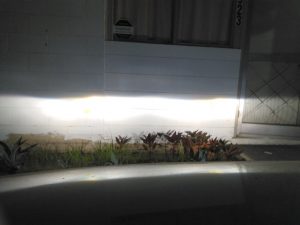